Sixty Years in the Making

Hal’s journey to work with Teddy Bear Cancer Foundation was 60 years in the making.

In 1958, at the age of three, Hal’s mother, Ruth, bought him a little bear that she named Elijah. She reminded Hal that Elijah was the prophet who had fearfully kept his voice silent when he was called upon to speak out on behalf of God as a servant of HIS WORD. She reminded him that, “Elijah hid in the cave from God like a fearful little bear.”

Fifty-two years later, Hal’s mother was slowly losing her memory from the debilitating mental disease of Alzheimer’s—Hal now recalls, “I still remember that cold February afternoon like it was yesterday! I knew this Day would come but I was not prepared for the emotional meltdown that it caused inside of me. It was the first day of my life that my mother did not know me or my voice… It was shocking to my system and I had a very difficult time dealing with it. I tried to figure out what I could do to make that connection again, so I went to the attic in Mom’s house and found all of the old “Little Golden Book” children’s stories that Mom used to read to me. I also found my old bear, Eli, from 1958.

After Mom passed away in 2012, I had a rude “heart awakening.” I had been working myself nearly to death writing for organizations that needed my skills to sell their messages and promote their products, but I was not in alignment with what my heart needed to say in the world, just like Elijah.

On February 24, 2014 my heart began making decisions for me. After a heart scare one morning, I decided to begin living my life more fully and to use my gift of writing to better share my thoughts and feelings about how truly precious life is.

I did this through a series of little stories told through my then 55-year-old childhood teddy bear named Elijah Benjamin Bear. One of the biggest moments of true surrender was ‘allowing myself to trust my heart’. This moment occurred in mid-October of 2014 when I was guided to relocate from Atlanta, Georgia to a small, cozy ‘step back-in-time’ beach town called, Carpinteria, CA.

On the first day I moved here in May 2015, I met a man at the community pool who lived in my subdivision. We talked for quite some time before he revealed to me that his daughter had passed away from cancer over 14-years ago that very day. I asked the man what he did to process and deal with that loss. The grieving father said that to keep life in perspective, he was going to a place called Cottage Hospital to read stories to the children with cancer.

He said, “The kids there are all like my daughter and they so enjoy the attention and stories they receive, so I knew that was a way for me to honor her memory.”

I then asked Joe for more information about how I might go read stories to children at Cottage Hospital. He told me to contact Teddy Bear Cancer Foundation in Santa Barbara to learn about the various ways I could serve.

The very next day, with no appointment and no contacts to call on, I walked straight into the Executive Offices of Teddy Bear Cancer Foundation and asked what could I do to help them. Four years later now, I have been blessed to have served this loving and deeply caring non-profit organization in many capacities. Most recently, as the Vice-President of the Gold Ribbon Luncheon Campaign, and now on I serve on their new Business Outreach & Partnership Development team to build new relationships and create ever-expanding resources to support the families of Teddy Bear Cancer Foundation.

For the future, I wanted to support Teddy Bear Cancer Foundation in a more personal way, so I made a commitment to help them raise funds through events, and the sale of my books for the coming years.

This coming fall on “National Teddy Bear Day” I will host the first annual “Pajama – Rama Bedtime Story Benefit” in my new home town of Carpinteria to help raise money and awareness for Teddy Bear Cancer Foundation through my first Children’s Book called “The Adventures of Eli Bear: A Heart’s Journey Home.”

I feel like I have now come full circle from my childhood (while being led by a little bear named Elijah after a prophet who would not speak out when called upon due to his fears. It took us both time and trust to learn to listen to that small, still voice inside us to hear our heart’s voice. It took years of trust, faith and revealed miracles to learn to trust and allow inspired words to flow through my heart.

It was my own Heroic Heart that asked me to step out of my own cave to share my 60+ year insight about life, struggles, courage and trusting myself to walk through hardship and know that I was being refined in each challenge to bring the words from this book into being.

Thank you Mom and Eli for bringing me back HOME… 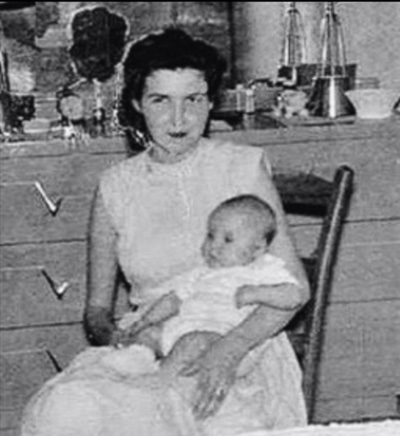 Watch Eli TV With Your Kids

Watch Eli talk directly to kids, and see lots of videos about lost bears and other stories.

60 years in the making: read about Hal and the Teddy Bear Cancer Foundation.